How do I know if my SSD is failing?

How do I know if my SSD is failing?

Unfortunately, SSD failures are hard to detect. Unlike HDDs, SSDs do not emit audible signals like whirring, clicking, or humming when they’re approaching a complete shutdown. SSDs can operate in silence until they simply stop functioning.

Still, SSDs do display warning signals that educated users can learn to identify. Armed with the proper knowledge, an individual may be able to detect probable SSD failure and can take steps to intervene.

Here are some of the most common indicators that your SSD may be approaching its read/write cycle limit or is experiencing physical issues:

An SSD suffering from bad blocks may exhibit a few key symptoms. Saving, reading, and moving files may result in failure; active applications may operate slowly or frequently crash; the user may receive prompts to repair the file system; and general performance may steadily decrease, especially when handling large files.

If you observe any of the above symptoms in an SSD and suspect a storage drive may have bad blocks, the best course of action is to run software that searches for physical defects. If the software discovers physical damage, you’ll want to back up essential files and replace your SSD.

How do you fix a failed SSD?

How you approach fixing an SSD that is failing to perform properly depends on the source of its issues. If there is a physical problem like hardware damage or degraded flash cells, the SSD may need to be replaced. However, if the dysfunction derives from a logical error—bad blocks, software malfunctions, malware, outdated firmware, etc.—a handful of techniques may achieve SSD recovery.

Some recovery options include:

Is it possible to recover data from a failed SSD?

Many of the above processes for reviving failed SSDs and evaluating poor drive performance allow SSD users to prevent complete data loss in the first place. For example, if an SSD begins operating again after a firmware update, its data is most likely completely accessible and the drive itself may be sound enough for continued use. On the other hand, if the SSD enters read-only mode, you can still operate in read-only to backup and thus recover valuable data—but it is inadvisable to depend on this SSD again as it could corrupt and destroy data further down the line.

In a worst-case scenario, data can be destroyed forever. When does this occur? In cases where physical or firmware damage is too extensive, the drive may not be able to be revived. In other situations, a corrupted drive may come back on with the right approach, but data may be unsalvageable.

Additionally, many SSDs utilize TRIM, an Advanced Technology Attachment (ATA) command that helps an OS know which data blocks it can clear. This function increases both the performance and service life of an SSD by expediting data writing, but it also complicates data recovery in the event of SSD corruption. TRIM, unlike traditional hard drive protocol, erases data completely upon deletion—this means the data is gone before the block has been overwritten by a new file. For this reason, SSDs that enable TRIM may lose their data forever if they fail, even if they can be brought back alive.

These complications aside, data recovery from SSD storage is achievable with the right tools. Many data recovery programs have recovery wizards that scan SSDs for deleted files and allow MSPs to restore partitions or any individual files they need. While some are free, many of the most effective applications cost money—but offer a good investment for MSPs looking to retrieve their customers’ data in the face of faulty hard drives. Alternately, many operations exist that offer more intensive and specialized recovery services. These businesses employ tech experts who decrypt SSDs and recover data using the best method for your specific SSD failure and drive manufacturer.

Ultimately, data recovery is a complicated process that can cost MSPs time and money that could be better spent elsewhere. Rather than scrambling to retrieve data or panicking when files cannot be restored at all, MSPs should take precautions to catch and address SSD problems before they become full-blown failures. Consider implementing the following best practices to protect your SSD’s performance and data retention.

For more information on SSD protocol, read through our related blog articles below. Or for more IT tips and advice, check out more of our blogs. 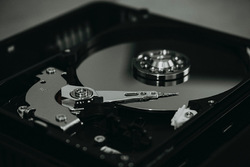 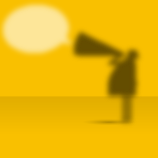