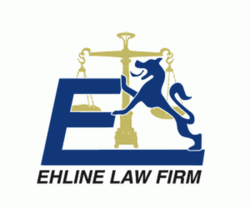 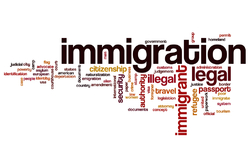 Defending Your Rights During the Coronavirus Pandemic

How to Deal with the Potential Legal Minefield. 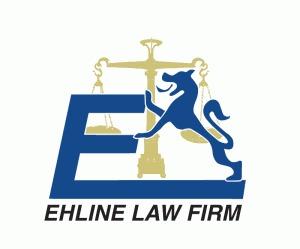 Coronavirus is a nearly unprecedented challenge for the nation. It represents severe impacts on individuals, the government, companies, and of course-- the law field. In my decades in the legal field, I've picked up a lot when discussing personal rights. Some are from my courses in law school. Some were from studying the law. Others came from the cases our law firm handled (and won), while others were from working with some of the sharpest legal minds in the state of California.

Most of the lessons usually come back to one simple axiom: Know Your Rights.

At first glance, such an idea may seem easy. Furthermore, understanding the new normal is not quite so simple, itself. The radical changes over the last four months due to Coronavirus are steep. There are multiple issues involved when considering the long term effects of the virus on public health and your legal rights.

First, we can start with the immediate effects of the virus.

Can I Sue a Government for Their Actions?

Often, the answer is no. Governments at every level indemnify themselves, making civil lawsuits notoriously difficult. This goes double for states, such as California and New York. While you can launch a lawsuit, the states often can pull nearly unlimited legal dollars from taxpayers to keep a case going or appeal all the way to the Supreme Court. Most normal citizens or small businesses simply cannot.

However, Coronavirus is something very different, overall. States like New York simply failed to keep their citizens safe during a time of crisis. NY's Governor Cuomo forced old age homes to accept Coronavirus patients. According to the AP, over 4,500 patients were sent to such assisted living facilities. The results have been disastrous. New York saw the highest Coronavirus deaths by far-- the large majority being older people. At the very least, the AP estimated the order killing at least 5,000 patients. This was according to Jeffrey N. Nichols of the Society for Post-Acute and Long-Term Care Medicine, or the AMDA. Nationwide, over 35,000 people died at nursing homes.

In March, the Governor implemented legal protections for nursing home executives. This protected them from lawsuits.

According to the New York Times:

But in recent weeks, reports of horrific scenes within nursing homes have emerged: severe staffing shortages as workers became sick, terrified residents pleading to the outside world for help, the bodies of dead residents piling up in makeshift morgues.

Some homes run by for-profit companies had been previously cited by regulators for poor infectious-disease control and chronic understaffing. Families said they had difficulties prying even basic information from the facilities — like how many residents had died or had been infected with Covid-19.

Can you sue over the Governor's order? It's still complicated. Most likely, you will be able to sue the state government over the Constitutional nature (or lack thereof) of their actions. Receiving remuneration for the illness or death of a loved one is another concept entirely.

Multiple states, including California, put in place strict statutes regarding the virus. The states shut down businesses and forced citizens to wear facemasks. As I've written about before, such actions are a legal con job. They very well could be Constitutional-- if passed by the state legislature. However, such edicts being sent by the Governor as executive fiats likely aren't. This isn't about the matter of public safety. Each of these actions could be justified in their own way. What is important to me is the civil rights of the individuals involved. If their rights are violated, it doesn't really matter what the original intent of the law is. It must comply with the state and US Constitution.

So can I sue? Sure. There will likely be any number of legal challenges to these actions, especially after the virus is over. However, the legal precedents will likely be bare. Why? Consider that the last pandemic was over 100 years ago. The 1918 - 1919 Spanish Flu was our last major outbreak. The legal ramifications of the state won't take place again hopefully, for a hundred years. Even if Governor Gavin Newsom's fiats are struck down in court, they likely will be well after the fact. Any use of ex post facto actions by the state will be nearly useless or worthless.

It gets even worse when it comes to money. The small businesses affected by lockdowns are out of luck. A state like California will not act to rescue them. It's been four months, and there are no major cases of businesses successfully challenging the state and winning. I wish I had better news. California isn't alone, either. In fact, the precedents exist in many of our 50 states.

The legal chapter of the 2020 pandemic is still unwritten. Furthermore, the pandemic acts as a case study for the decades to come. I author a number of pieces both in the Law Review and on my own site. I expect many aspects of the virus as clearer only after it recedes. This goes double when it comes to the aspect of civil rights. Where do one person's begin and another end? Does that include the rights of the elderly in nursing homes?

Or business owners affected by the pandemic? Or the general public restricted by state action? Each is its own legal minefield. Keep it tuned here for more of my updates. Together, we'll discover many of the answers to these questions and more. The virus may not be over, and neither is our curiosity.

Michael Ehline is the head attorney of the Ehline Law Firm Personal Injury Attorneys APLC based out of Los Angeles, California. A disabled former Marine, Ehline uses his experience in the armed forces as a means to better understand his clients. Having helped hundreds of clients over the last two decades, Ehline is dedicated to better educating both fellow attorneys and the general public.

Ehline entered the legal field after studying the law in the fashion of former Presidents, including Abraham Lincoln. He also serves as a lobbyist in Washington DC, for cruise ship safety and played a crucial role in the writing of Cruise Vessel Security and Safety Act of 2010. He received his Juris Doctorate from the University of West Los Angeles, School of Law. Ehline previously served as a Law Clerk for the Office of the City Attorney of Los Angeles before studying under Justice Gary Hastings of the Second Appellate District.

He is a member of or honored by multiple organizations, including Personal Injury Warriors International, the Circle of Legal Trust, the Consumer Attorney's Association of Los Angeles, and was honored with several Rising Star Awards by the organization Superlawyers.

Author: MIchael Ehline is a personal injury lawyer in Los Angeles, where he works as a traffic safety expert and litigator assisting victims or serious injury and death.

Want your Injury Lawyer Los Angeles, CA business to appear at the top of these results? Simply add your services and it's done.