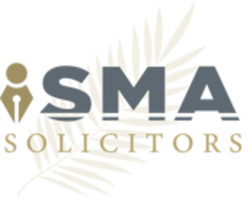 Do you know anyone who is battling with deportation issues, our immigration lawyers offer a free advice on deportation matters. We only take on cases we believe to have prospects of success.

Due to the increase in the amount of foreign citizen liable to deportation, many have asked if it is possible to succeed in an appeal against a deportation decision. This is possible if the individual appeal on the basis of Article 8 of the European Convention on Human Rights which makes available the individual’s right to private and family life. For instance, if the appellant has dependant children who have been born in the United Kingdom; is a citizen of the country; or has spent more than 7 years resided in the country. The UKBA seeing that the deportation decision would not be fair to the child as he/she has no knowledge of the country to which he/she will be deported to, might review its decision and revoke the deportation order in this regard. The appellant is permitted to remain in the United Kingdom during the appeal as he/she would not be removed until after the appeal.

At Reiss Edwards Immigration Services we have a wide range of professional immigration lawyers who have amassed experience in various immigration cases and as well as have recorded proof of successful deportation appeals. Being a regulated law firm, we deal with all aspects of United Kingdom immigration law and offer Honest and applicable advice as well as high quality professional services. For the Best Immigration services contact us. For persons seeking additional information on our services or on deportation appeals please follow the link > Best Immigration Lawyers London.

Does your business provide Lawyer Brentford?

Want your Lawyer business in Brentford to appear at the top of these results? Simply add your services and it's done.